Hello everybody! Most recently, my build of MacBigSur, which is based on Kubuntu 20.04, was released, and according to user feedback, it has become very popular. So I decided to update it, and do a little bit.

The appearance, as before, resembles the popular operating system from Apple – but do not forget that you are using Linux, and you will not find those proprietary MacOS applications in this assembly.

Let’s see what has changed since the previous version. 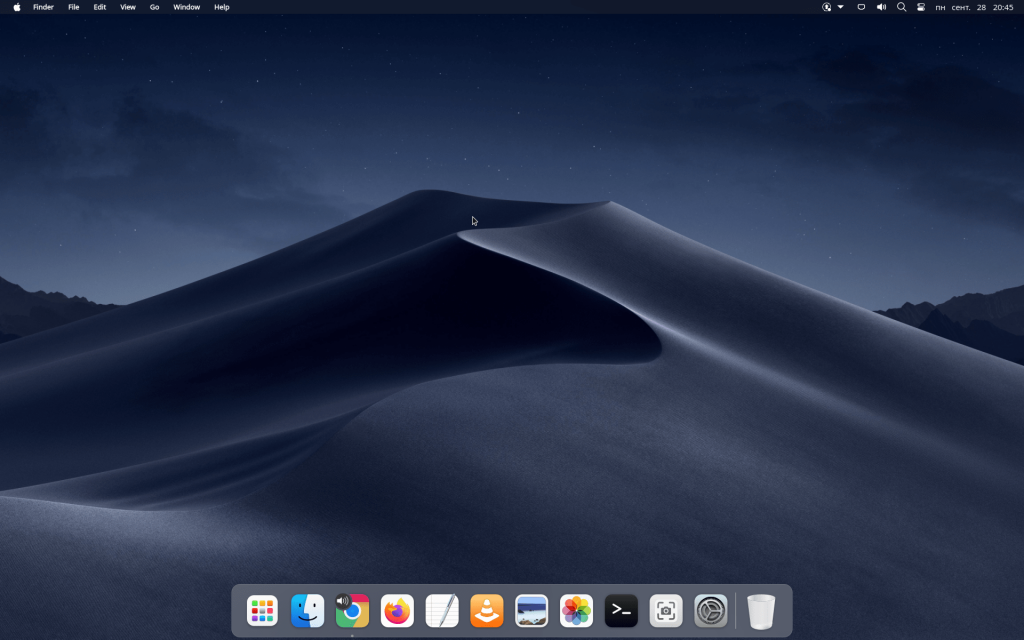 Last time, some wrote to me that when the system starts, the apple is not displayed, and the assembly is loaded with the Kubuntu logo – everything is fixed, and now, when you load the assembly for the first time, you will have the apple logo on your screen.

The Firefox browser has been redesigned to look more like Safari.

The Google Chrome browser has been removed from the build at the request of users.

All other applications remained unchanged, and here are some of them

After downloading, create a bootable USB stick using Ventoy, or another tool, and install as a normal Linux operating system.

Give it a try, write your wishes and comments in the comments below. And if you liked the build, and you want to receive further updates, there is a DONATE button in the right sitebar, where you can support the project with any amount.