GNOME 3 was introduced in 2011, and the GNOME shell generated both positive and negative responses. Many users and developers liked the original GNOME interface so much that it was divided by several groups, and one of them, the Linux Mint team, which created the Cinnamon desktop environment.

Why is Ubuntu Cinnamon Remix and not Linux Mint?

It is true that Linux Mint is based on Ubuntu, and many Linux Mint users will have a question: does it make sense to upgrade to Ubuntu since Linux Mint is also a mature project.

Ubuntu Cinnamon Remix has a few minor differences from Linux Mint, but it has one key difference that a Linux enthusiast cannot ignore.

Linux Mint is based on Ubuntu’s Long-Term Support (LTS) versions, which means it remains behind Canonical’s six-month update period. Ubuntu Cinnamon Remix benefits from a newer kernel before updating the 6-month cycle and later software.

However, I am a big fan of cinnamon. So I decided to review this mix of Ubuntu and Cinnamon, and here I share my experience.

What is Ubuntu Cinnamon Remix?

For any occasion, I will always remind you how quickly the Calamares installer works, and thanks to the Ubuntu Cinnamon Remix Team for that. 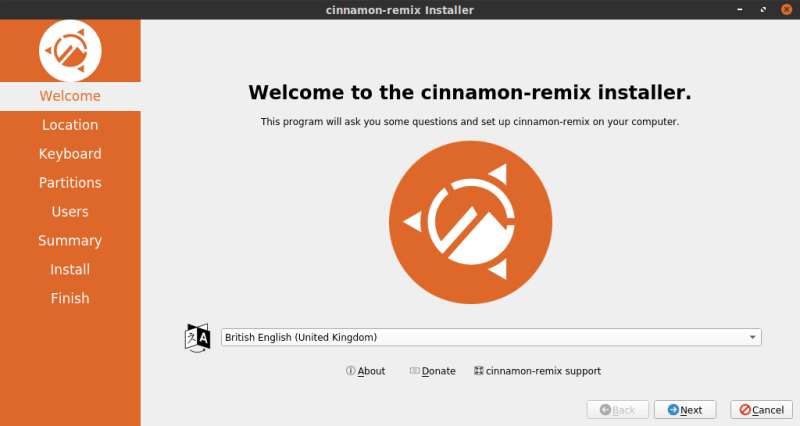 A new installation of Ubuntu Cinnamon Remix consumes about 750 MB of RAM. This is very similar to Linux Mint Cinnamon.

I was also impressed by the beautiful Kimmo theme and Ubuntu orange-colored wallpaper that seems to be the result of a very painstaking effort. 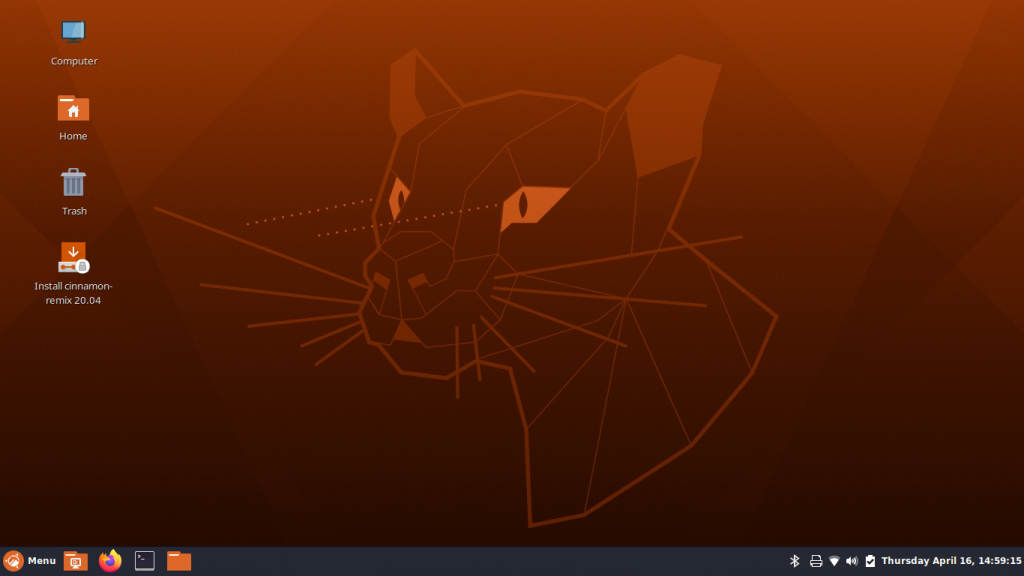 As with any other Ubuntu distribution, Ubuntu Cinnamon Remix includes basic productivity tools, and these are just a few of them:

Using Ubuntu Cinnamon Remix as the main distribution for several days met my high expectations. Ubuntu is stable, very fast, and I have not had a single problem in my daily tasks.

Cinnamon has a clean and elegant look, easy to read fonts and nice color contrasting themes. Cinnamon offers an uncluttered desktop with easily customizable desktop icons by simply opening the “Desktop” menu in the “System Preferences” section. You can also select desktop icons that will be displayed only on the primary monitor, only on the secondary monitor, or both.

Applets and deslets are small specialized applications that can be added to the desktop or panel. The most commonly used of the many available: a CPU or resource monitor, a weather applet, notes, and a calendar.

Cinnamon Control Center provides centralized access to many desktop configuration options. Having access to the topics section, you can select the basic layout and desktop icons, window borders, mouse pointers, and the appearance of controls. Fonts can have a big impact on the overall look of the desktop, and cinnamon makes changes easier than ever.

The Cinnamon panel contains a menu used to launch programs, a basic system tray and an application selector. The panel is easy to configure, and the addition of new launchers can simply be found in the main menu by right-clicking on the icon and selecting “Add to Panel”. You can also add a launcher icon to the desktop and to the Cinnamon Favorites launcher. If you don’t like the order of the icons in the panel, simply right-click on the panel, enter edit mode and change the location of the icons.

Regardless of whether you decide to revitalize your desktop or decide to switch from Windows to Linux, the Cinnamon community has prepared many spices for you.

Traditional but elegant, customizable but simple, Ubuntu Cinnamon Remix is ​​an interesting project with a promising future, and for existing Cinnamon Desktop fans who love Ubuntu, this will probably be a godsend.

What do you think of Ubuntu Cinnamon Remix? Have you tried it yet?