Ubuntu MATE 19.10 Interim Release is the most widely used interim release to date! All this became possible only thanks to a special group of QA testers who joined the Ubuntu MATE team and coordinated their activities with the developers.

What has changed since Ubuntu MATE 18.04 LTS?

Since the last LTS, new changes have appeared:

Marco is the window manager for MATE Desktop, and on Ubuntu MATE 20.04 there are a number of new features and fixes.

XPresent support has been fixed properly, which means that screen tearing is now a thing of the past and the invisible window corners are finally fixed! HiDPI rendering enhancements eliminate a number of rendering problems that were present in various themes and components. In particular, window controls now support HIDPI.

Workspace Switcher allows you to switch between workspaces using the keyboard and mouse. Alt + Tab + Ctrl. 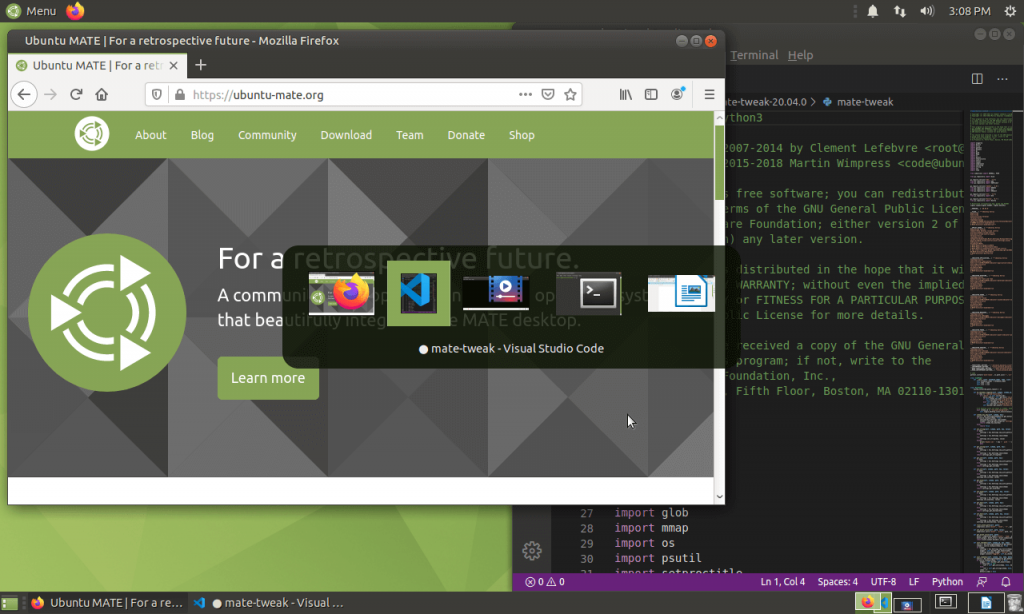 Compiz and Compton have been removed from the standard Ubuntu MATE installation. The fundamental reasons for their inclusion in the distribution no longer exist. Having only one window manager for targeting means that you can quickly provide new features and minimize development efforts.

The Brisk Menu is run by Solus GitHub, but it’s been several years since they released the new release. Therefore, the developers of Mate took over the development, and released a new version. Thanks to the efforts of several Ubuntu MATE members, several bug fixes appeared, including fixing frequent crashes in the Brisk Menu, preventing the scroll bar from appearing in the menu category column, muffling sounds when menu scrolling items were triggered, and adding keyboard navigation.

An old error was fixed in the MATE panel, which caused it to crash when rebooting or replacing the panel. This was most noticeable when switching panel layouts using MATE Tweak and could lead to the panel layout remaining incomplete or completely missing. This bug has now been fixed! MATE Tweak has been updated for precise integration with the fixed behavior of the MATE panel, so switching layouts is now 100% reliable.

The error that led to the appearance of too large icons in the indicators is finally resolved.

However, it turned out that some of the errors were related to the icons themselves. They were redone to adjust their resolution or aspect ratio; as a result, the panel and indicators scale correctly.

Also, a date / time indicator has been added and integrated into MATE Desktop, and now it replaces the MATE clock applet, which adjusts the placement of the clock and session indicators.

The applets of the MATE window received a number of bug fixes and new features from a community member. Window control icons are now dynamically loaded from the currently selected theme, without requiring manual user configuration. A number of errors (including significant memory leaks) have also been fixed.

The Ubuntu MATE development team discussed the advantages and disadvantages of switching a standard email client from Ubuntu MATE to Evolution. Here is a summary of this replacement:

Thunderbird does not integrate with the desktop. For example, theme integration, font integration, HUD compatibility, action button notifications, locale, and spell checking. Evolution integrates well with MATE Desktop, given that both use GTK3. Evolution includes interaction with LibreOffice, for which Ubuntu MATE already supplies the necessary components. Evolution has excellent integration with Google Mail and Exchange, including calendar, contacts, tasks and notes. The Date / Time indicator also integrates with Evolution. It is fully functional, including all the functions of creating new events or opening upcoming events using the indicator. When you click on a single day in a month, the events of that day, etc. are displayed.

For many people who use webmail exclusively, this change will not have any effect, but for those using desktop mail, these performance improvements are significant.

Dozens of topic related errors have been fixed. Ubuntu MATE themes have been added to gtk-common-themes, so bound applications are now correctly themed for Ubuntu MATE users. This change is already available until Ubuntu MATE 16.04. 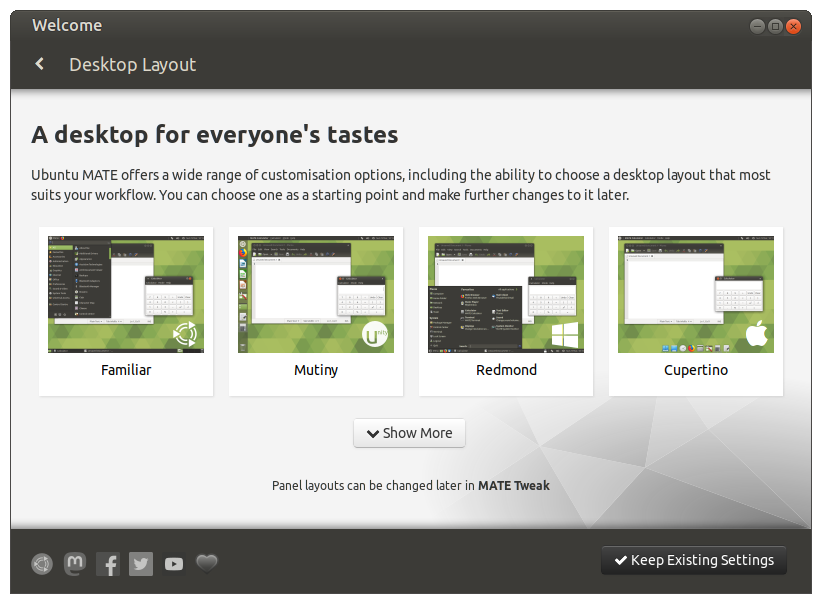 If you are familiar with MATE Tweak, you know that it can switch panel layouts to simulate multiple platforms and distributions. For these purposes, a graphical layout switch has been built into Ubuntu. MATE Welcome to better promote this feature and make it more accessible. 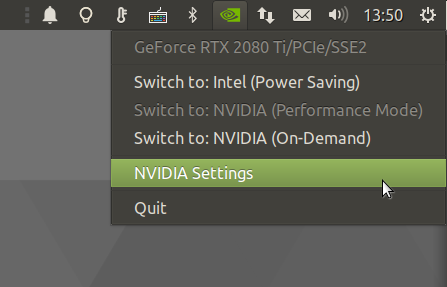 If you follow Ubuntu related news, you will know that Ubuntu will supply NVIDIA’s proprietary drivers for ISO images. Anyone who selects additional third-party hardware drivers during installation without an Internet connection will have drivers available in stand-alone scripts.

MATE Optimus adds support for NVIDIA On-Demand and will now offer users to log out when switching the GPU profile. MATE, XFCE, Budgie, Cinnamon, GNOME, KDE, and LXQt are supported. Shells called offload-glx & offload-vulkan can be used to easily load games / applications into the PRIME renderer.

NVIDIA drivers will now receive updates through the official Ubuntu software repository. Therefore, there is no need to add PPAs to receive updates and, more importantly, NVIDIA drivers are signed (which is not supported for drivers distributed through PPAs), so you can leave Secure Boot enabled.

Support for ZFS as the root file system was added as an experimental feature in 04/20. The ZFS file system and partition markup are automatically processed directly through the installer.

You can download the new version from the links below.

You should definitely try this version.

Write your thoughts on this in the comments below.